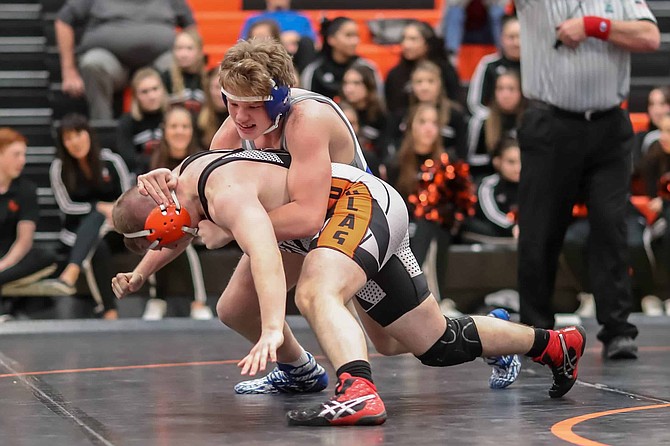 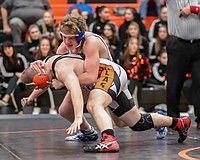 MINDEN – After being crowned as the de facto Sierra League champs last season, Carson High School wrestling left no doubts this season with a 56-15 dual win over Douglas to win its fifth consecutive league title.