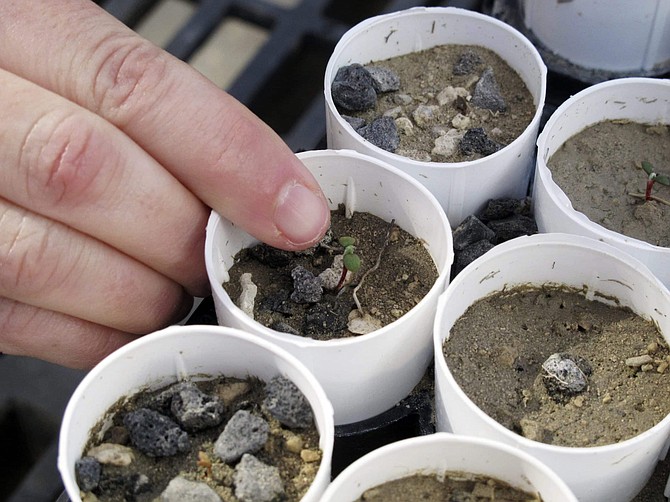 FILE - In this Feb. 10, 2020, file photo, a plant ecologist at the University of Nevada, Reno, points to a tiny Tiehm&#039;s buckwheat that has sprouted at a campus greenhouse in Reno, Nevada. The U.S. Fish and Wildlife Service says there&#039;s enough scientific evidence that two rare plants in Nevada&#039;s desert could go extinct to warrant a year-long review of whether to list them as U.S. endangered species, including one at the center of a fight over a proposed lithium mine. 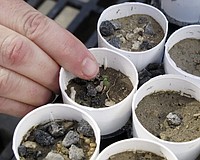 U.S. mulls endangered status for Nevada plant in mine fight