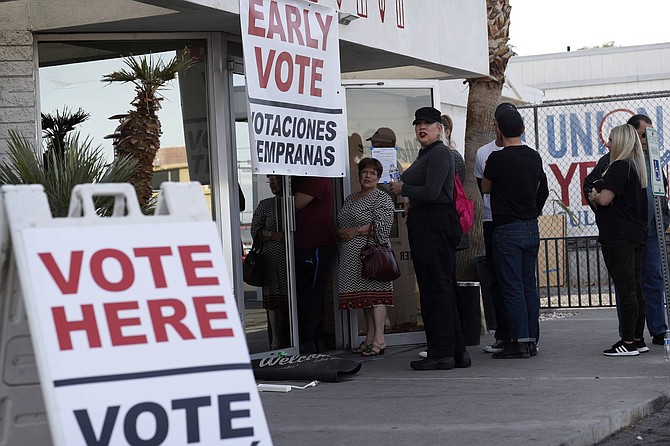 FILE - In this Feb. 15, 2020 file photo, people wait in line at an early voting location at the culinary workers union hall in Las Vegas. Nevada is attempting a high-wire act of holding its first-ever election almost entirely by mail, reflecting a new law allowing voters to register at the polls while keeping people safe amid the pandemic. Secretary of State Barbara Cegavske limited the number of polling places for the Tuesday, June 9, 2020, primary and instead sent absentee ballots to voters. (AP Photo/John Locher, File) 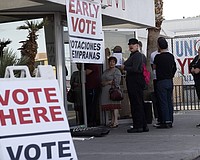 LAS VEGAS — About 6,700 ballots were not counted in this month's primary election after officials could not match signatures on the ballots, according to the Nevada Secretary of State's Office. The 6,749 uncounted ballots represented less than 1% of all ballots mailed to voters ahead of the June 9 primary, which was conducted mostly by mail.