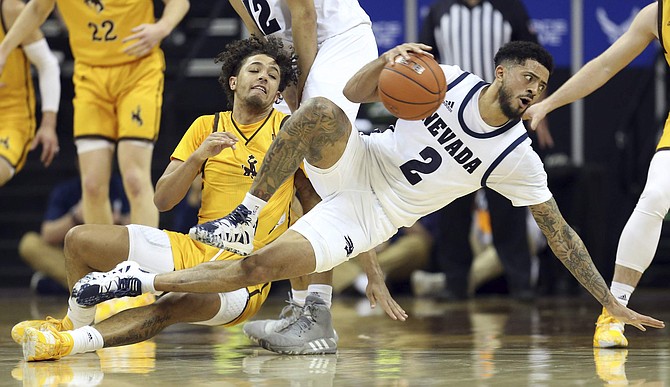 CORRECTS NEVADA PLAYER TO JALEN HARRIS, INSTEAD OF VANCE JACKSON - Wyoming&#039;s Kwane Marble II and Nevada&#039;s Jalen Harris (2) fall to the court during the first half of a Mountain West Conference tournament NCAA college basketball game Thursday, March 5, 2020, in Las Vegas. Marble was called for a foul. (AP Photo/Isaac Brekken) 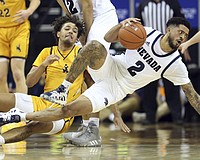