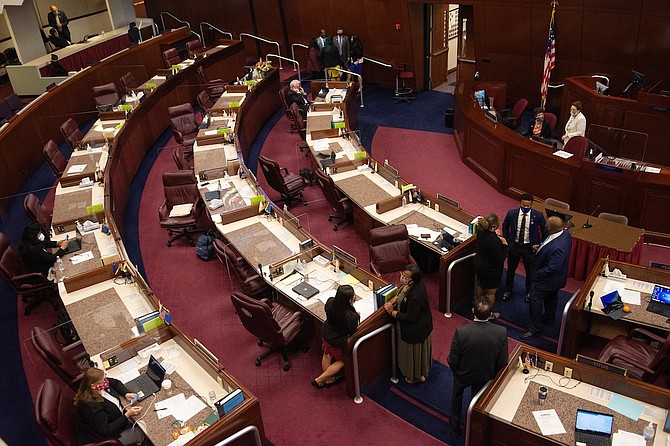 Overhead view of the Nevada Assembly on Tuesday, Aug. 4, 2020 during the fifth day of the 32nd Special Session of the Legislature in Carson City. 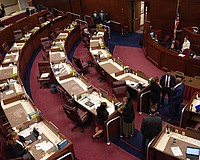 It’s the first legal action brought against the mining tax proposals, each of which were voted on mostly party-line votes during this summer's special legislative session in Carson City.