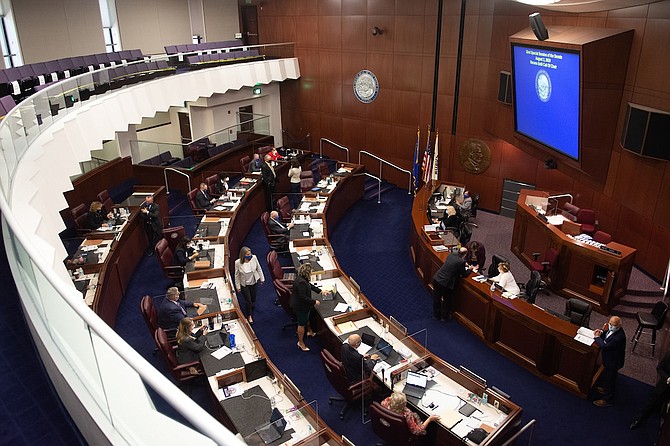 An overhead view of the Nevada Senate chambers on Sunday, Aug. 2, 2020 during the third day of the 32nd Special Session of the Legislature in Carson City. 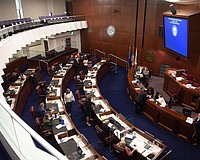 Republican Senate Minority Leader James Settelmeyer who's been at the forefront of the GOP-led lawsuit since last summer, said the ruling was a “slam dunk” victory for affected businesses and Nevada taxpayers.