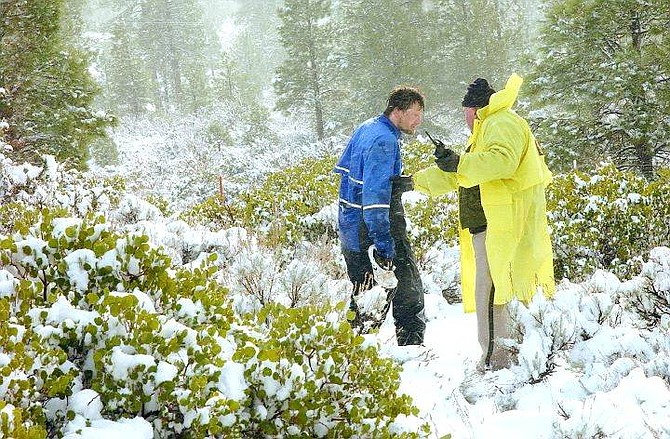 Carson City Sheriff&#039;s Deputy Jarrod Adams tries to talk to disoriented truck driver, Chris Keiser, on Tuesday. Keiser&#039;s truck was found alongside Spooner Summit with its engine running. As deputies prepared to call in search and rescue, Keiser, was found wandering in the snow. Police believe he may have been under the influence of narcotics. 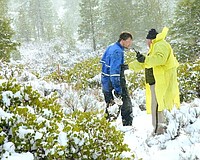