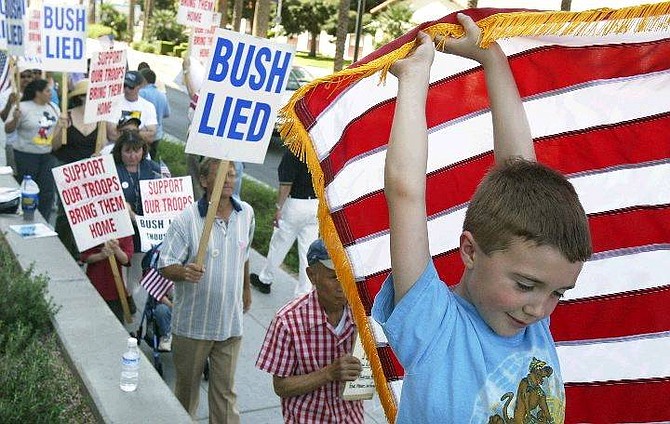 Brandon Skorzanka, 7, helps hold up a flag during an anti-war rally in front of the Lloyd D. George United States Courthouse in Las Vegas, Saturday, March 20, 2004. Thousands of protesters turned out nationwide Saturday to mark the first anniversary of the start of the U.S.-led war on Iraq and call for the removal of American troops from the Middle East country. (AP Photo/Las Vegas Review-Journal, John Locher) 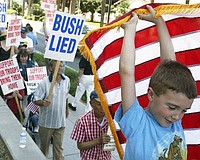