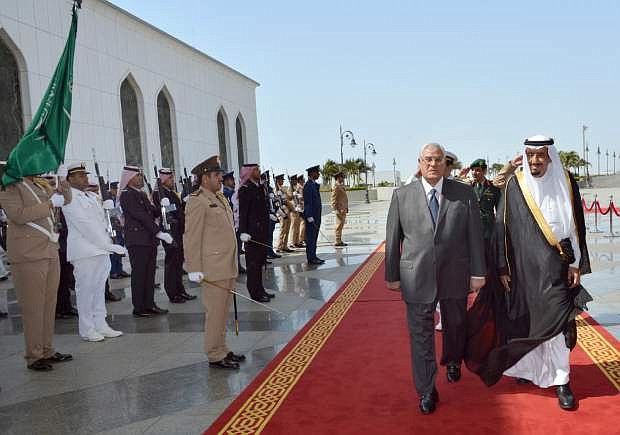 In this photo released by the Saudi Press Agency, Defense Minister and Saudi Crown Prince Salman bin Abdul-Aziz, right, welcomes Egyptian interim President Adly Mansour on his arrival to the airport in Jiddah, Saudi Arabia, Monday, Oct. 7, 2013. Egypt&#039;s interim president has landed in Saudi Arabia for his first foreign trip since assuming power after the ouster of the country&#039;s Islamist president. (AP Photo) 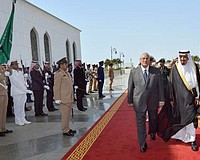