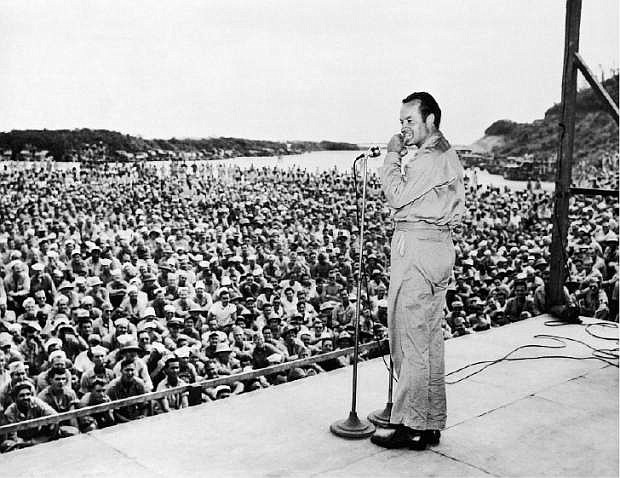 FILE - In this Oct. 31, 1944 file photo provided by the U.S. Army, Bob Hope performs for servicemen at Munda Airstrip, New Georgia. By the time he died in 2003 at age 100, Hope had conquered vaudeville, Broadway, recordings, live concerts, radio, films and, from its infancy, TV, where he remained a welcome presence into his 90s. (AP Photo/U.S. Army) 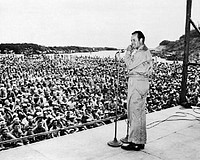 ‘Thanks for the Memory’ Bob Hope

NEW YORK — While today he may be thought of with misgivings, if at all, Bob Hope reigned for much of the last century as America’s wisecracking avatar of comedy.