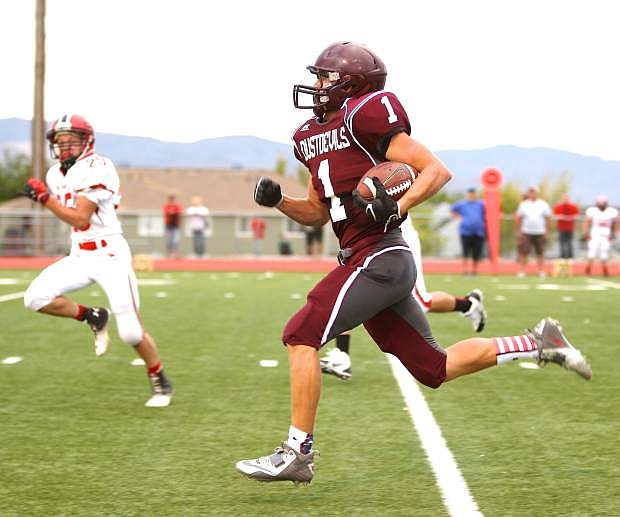 Dayton&#039;s Skyler Bernston runs the ball for the Dustdevil&#039;s first touchdown of the night against the Pershing County Mustangs. 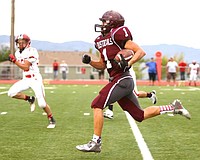 DAYTON — A year ago, Austin Fletcher became Dayton High’s single-season rushing leader when he gained 1,627 yards, and many thought that mark would stand for a while.