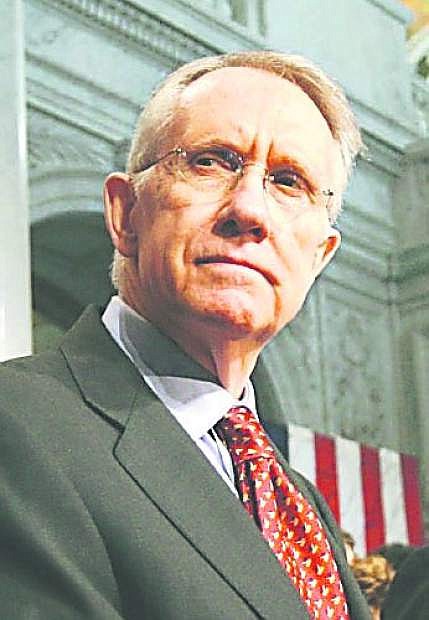 FILE - In this Jan. 18, 2006 file photo, Senate Democratic Leader Harry Reid of Nev., center, is joined by Sen. Barack Obama, D-Ill., left, and House Democratic Leader Nancy Pelosi of Calif., as he prepares to outline the Democrat agenda for reform in the wake of the scandal involving former lobbyist Jack Abramoff in Washington. In a White House statement released Saturday, Jan. 9, 2010, President Barack Obama said he accepted Reid&#039;s apology Saturday for comments he made about Obama&#039;s race during the 2008 presidential bid because &quot;... I know what&#039;s in his heart.&quot; (AP Photo/J. Scott Applewhite, File)