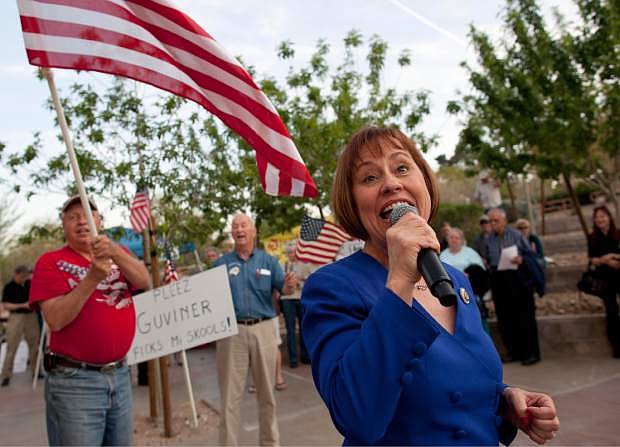 File - In this April 15, 2011 file photo, Sharron Angle, right, sings during a rally by Tea Party supporters in Las Vegas. Nevada conservative Angle says she&#039;s trying to determine if she could raise enough money to run for the U.S. Senate again, a move that could throw a wrench in Republicans&#039; hopes to claim Democratic Sen. Harry Reid&#039;s soon-to-be-vacant seat. (AP Photo/Julie Jacobson, file) 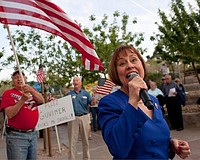