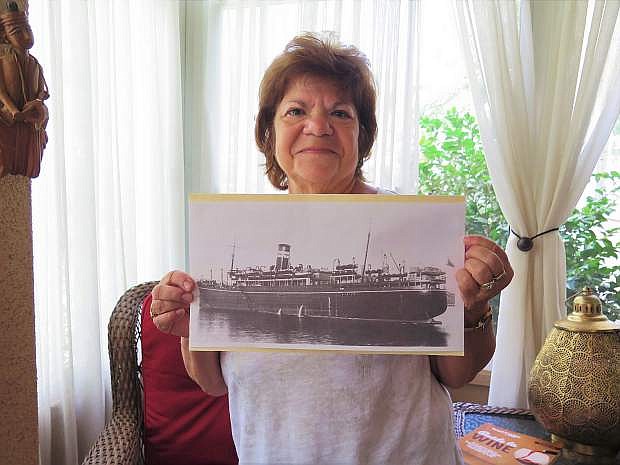 Janet Sidoti Delude, daughter of U.S. Army Staff Sgt. Peter J. Sidoti, who was rescued from the stricken troopship Rohna, holds a photo of the ship taken two or three years before it was sunk by a German glider bomb nearly 75 years ago during World War II. 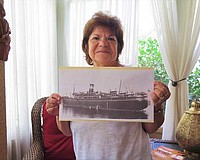