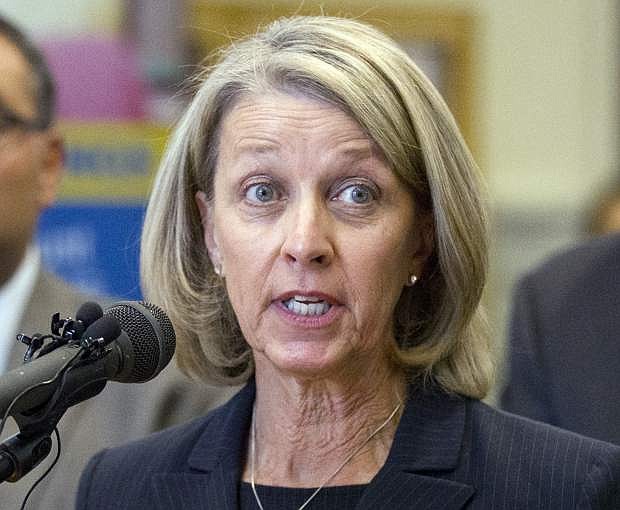 FILE - In this Oct. 18, 2016 file photo, Nevada Secretary of State Barbara Cegavske speaks during a press conference in Las Vegas. Nevada state Assemblymen Nelson Araujoa, a first-term Nevada state lawmaker from Las Vegas, announced Monday, Sept. 18, 2017 he&#039;ll run as a Democrat next year against Cegavske. Cegavske has said she intends to seek re-election to the statewide office she won in 2014. (Erik Verduzco/Las Vegas Review-Journal via AP) 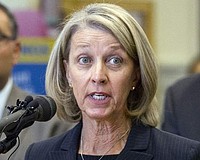