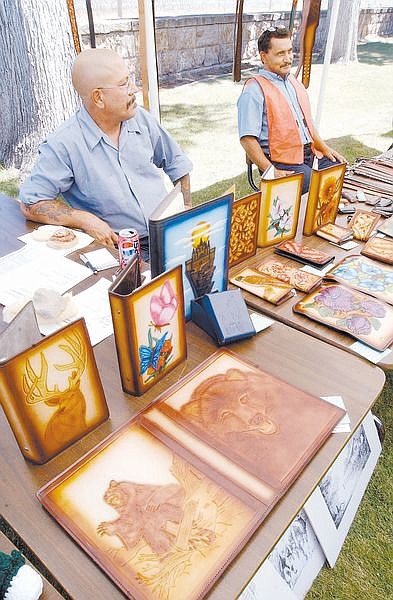 Nevada State Prison inmates Michael Doyle, left, and Hect or Castellon display some of their leather artwork at a Prison Art Show Tuesday morning. The Art Show was open to the public and included art, poetry and refresments.