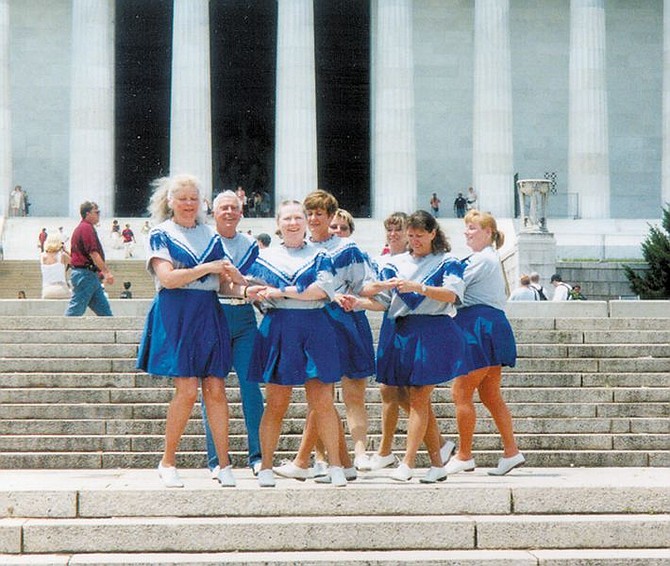 Members of Capitol City cloggers perform in front if the Lincoln Memorial in Washington D.C.