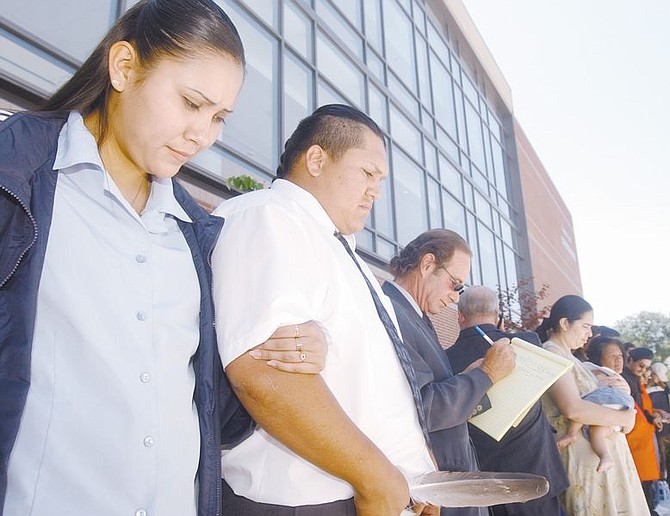 Kim Susunkewa, left, girlfriend of Rocky Boice, jr., holds the arm of Boice, jr. as he stands beside one of his attorneys, Laurence Lichter, as they join a prayer circle after the prelimanary hearing of the Resendiz Murder Trial. Boice is accused, along with nine others, of beating Sammy Resendiz to death in 1998 at the Round House Motel. Photo by Brian Corley