Highway Patrol to use special cars for traffic violators 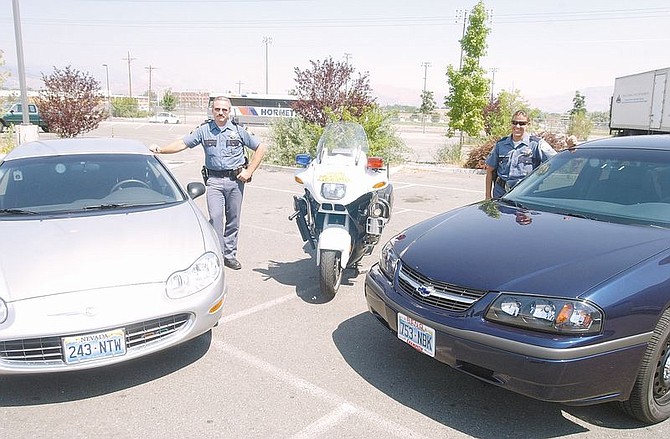 Nevada Highway Patrol troopers Matt Zacha, left, and Cindy Campbell stand next to two new NHP patrol cars, a Chrystler Concords and a Chevrolet Impala which will be unmarked. Troopers in the cars will look specifically for aggresive drivers who put others at risk. Photo by Brian Corley