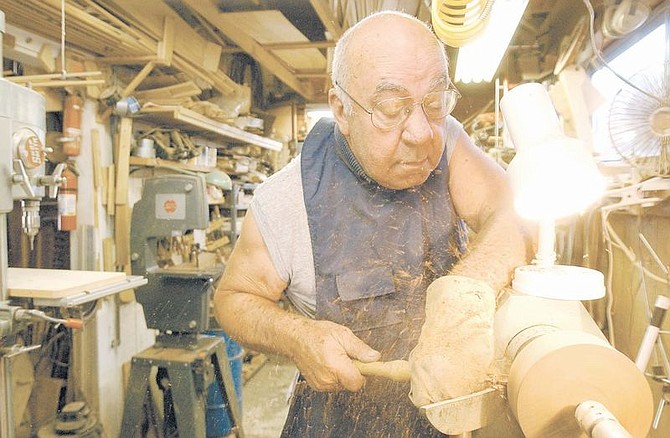 Purd Hoskings turns a wood bowl on his lathe at his home in Carson City Thursday afternoon. Pard&#039;s meticulous wood creations are impeccable.