Students to play together in Band-O-Rama 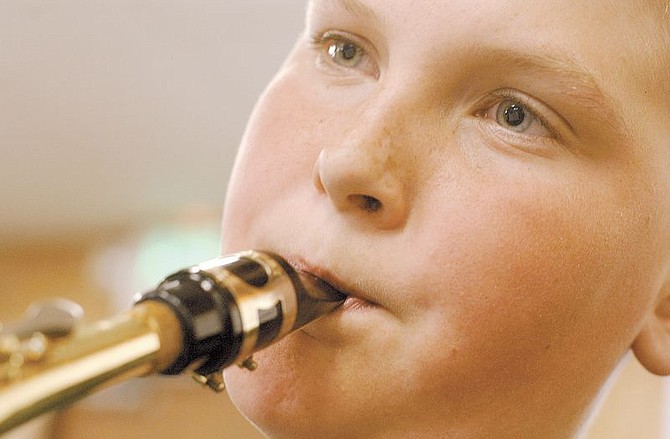 Seeliger Sax player Joshua Barbie, 9, practices with his bandmates for a performance at Carson High School.