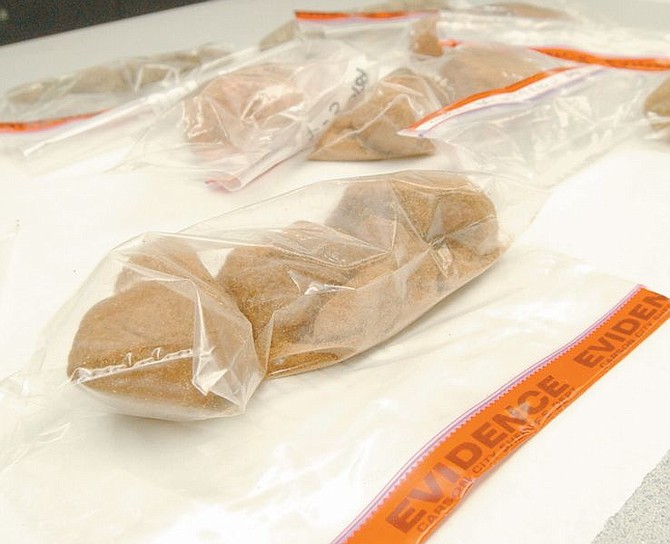 A fisherman found nearly 6-and-a-half pounds of Methamphetamines inside a diaper bag along Carson River Wednesday. Carson City Sherriffs believe the find of pure meth to have a street value of more than $60,000. Photo by Brian Corley