Lock up a huge success 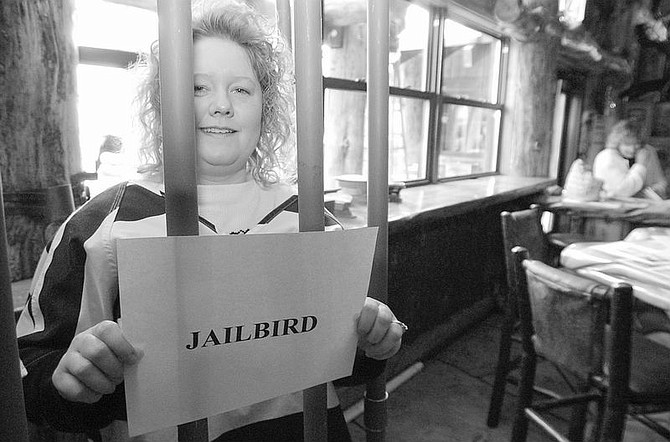 Erin Rahme of Carson Dermatology is locked up in the impromptu jail at Red&#039;s Old 395 Grill Tuesday morning.