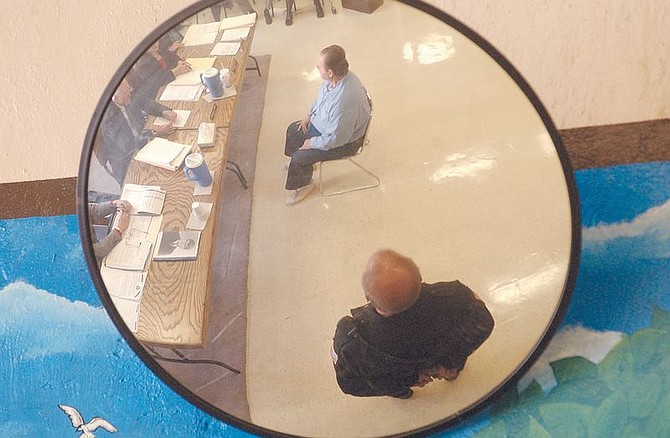 Nevada State Prison inmate Jack Mazzan , center is reflected in a mirror while attending a Nevada State Parole board hearing Thursday morning within the prison. Maazan was convicted of killing Richard Minor Jr. son of a Reno Judge and spent more than 20 years on death row