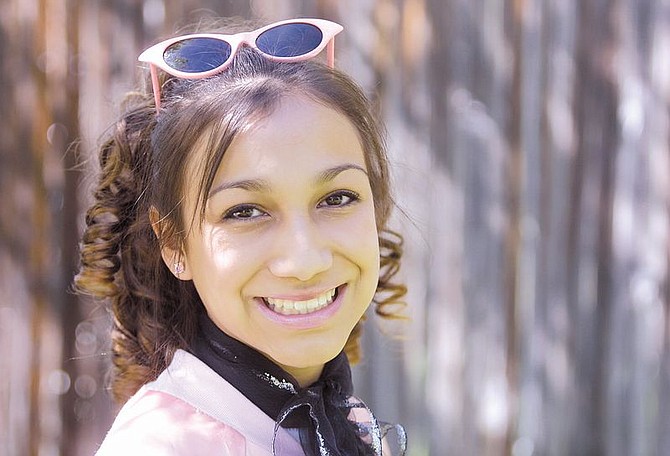 Rosella Nunez, 14, sings at various community functions and hopes to make a career out of it someday.