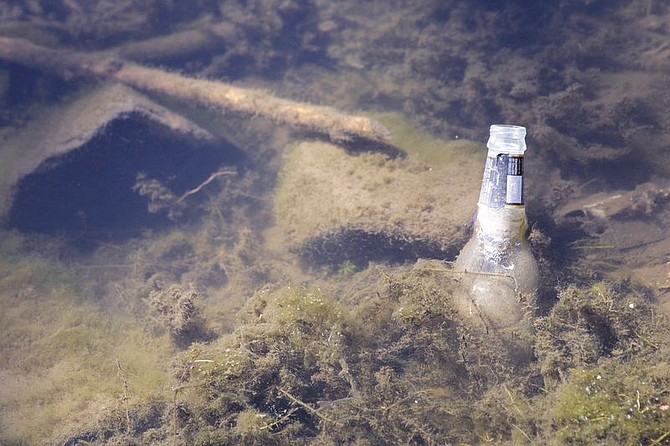 Just one of the many pollutants found along the shoreline of the Carson River, just south of Lloyd&#039;s Bridge. BLM efforts to clean up the river have been ongoing since they acquired the property in 1997.