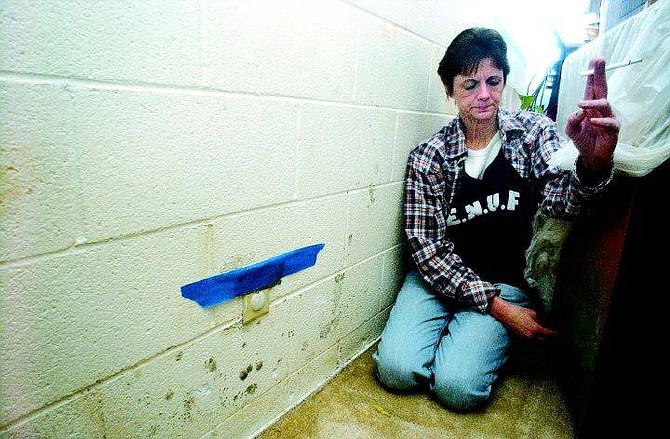 Rick Gunn/Nevada Appeal Jackie Anderson, 47, peels back a plastic covering Tuesday to reveal mold growing on her dresser at the Kelbourne Apartments. The mold permeates the walls, windows and subfloor and has spread to the furniture.