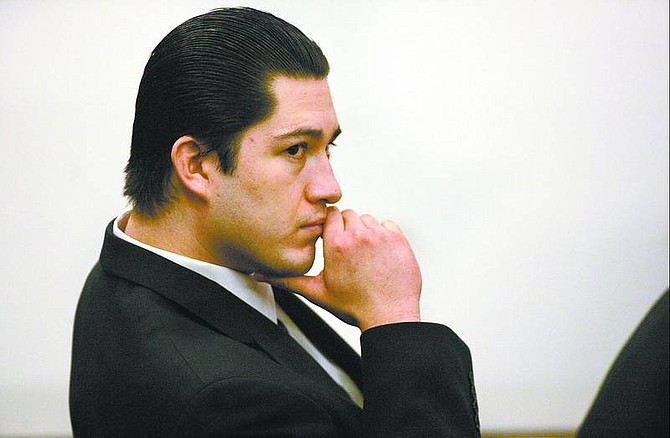 Cathleen Allison/Nevada Appeal Maximilliano Cisneros listens as the verdict is read in his murder trial Monday morning. The jury found Cisneros guilty of second-degree murder in a May 2004 shooting.