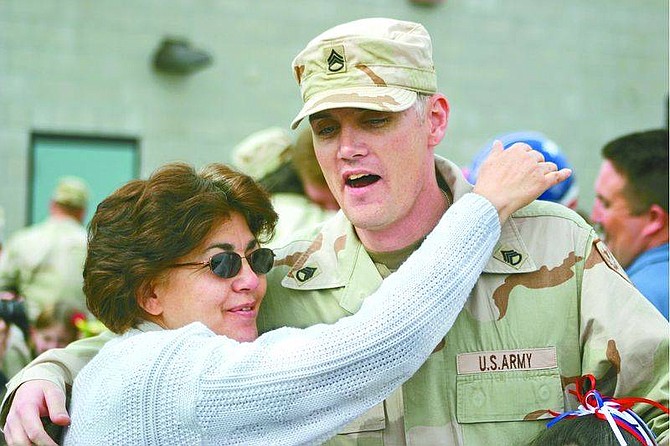 Penny Loveland of Fallon gives her son Staff Sgt. Jamie Popp of Dayton a hug after he returned to Nevada. Popp and approximately 100 members of the Nevada Army National Guard&#039;s 321st Signal Co., returned from Southwest Asia after being deployed for 15 months. Photo by Steve Ranson