Donations piling up in old Wal-Mart, despite lack of people to give them to 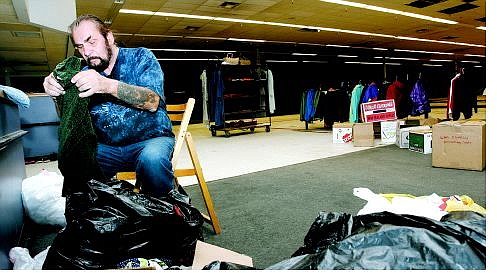 Chad Lundquist/Nevada Appeal Charlie Palecki, of Silver Springs, a volunteer, sorts through bags of clothing on Monday for the Katrinas Hope a grassroots relief group that is collecting donations at the old Wal-Mart in Carson City.