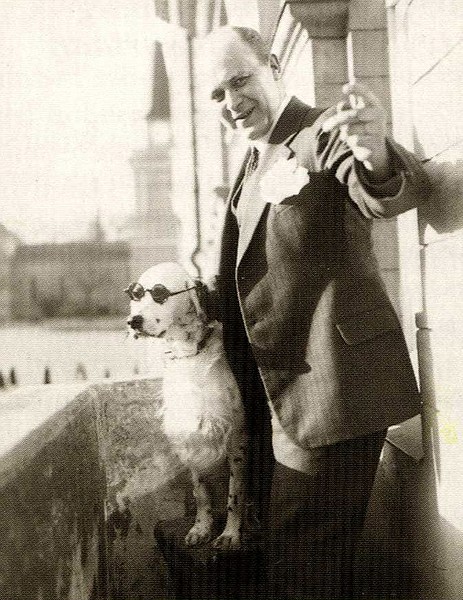 The undated photo taken from a book on the history of Finnish Tamro Group shows Tor Borg and his dog Jackie. The dog was dubbed Hitler by Borg&#039;s wife as it raised its paw for the Nazi salute. The Nazis started an investigation against the dog&#039;s owner, a 41-year-old wholesale merchant in Finland. In the middle of World War II, the Foreign Office in Berlin commanded its diplomats in the Nazi-friendly Nordic country to gather evidence against the Hitler-saluting hound and forged plans to destroy the dog owner&#039;s existence. (AP Photo/Tamro Group image bank)