Bear caught in Ranchos is released 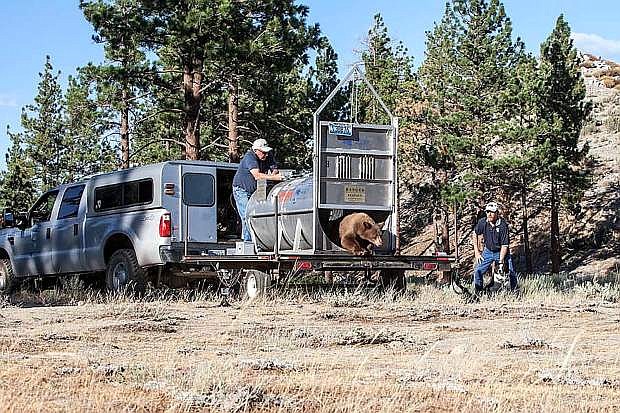 A black bear was released from bear trap on Friday evening in the hills above the Carson Valley, west of the Gardnerville Ranchos area where the bear was tranquilized earlier that day.