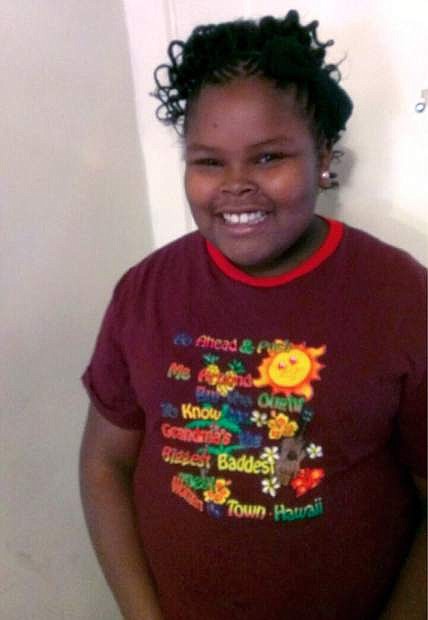 FILE - This undated file photo provided by the McMath family and Omari Sealey shows Jahi McMath. McMath remains on life support at Children&#039;s Hospital Oakland nearly a week after doctors declared her brain dead, following a supposedly routine tonsillectomy. Her family was expected to appear with hospital officials in court Monday, Dec. 23, 2013 to announce the name of the independent physician they have chosen to provide a second opinion on the girl&#039;s condition. (AP Photo/Courtesy of McMath Family and Omari Sealey, File)