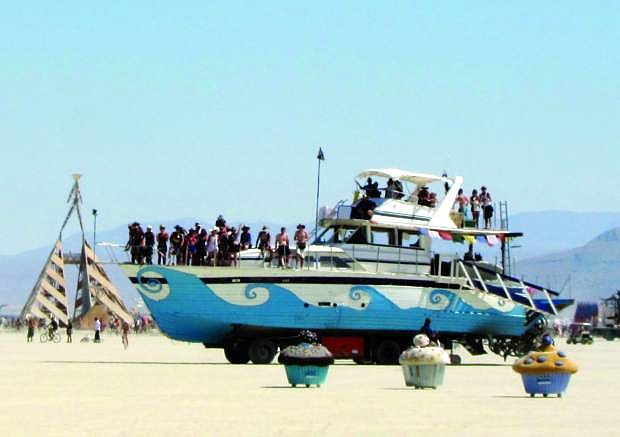 A 65-foot yacht that was pulled from the Tahoe Keys and placed on a cement truck chasis drives around the playa during Burning Man 2011 in Nevada&#039;s Black Rock Desert.