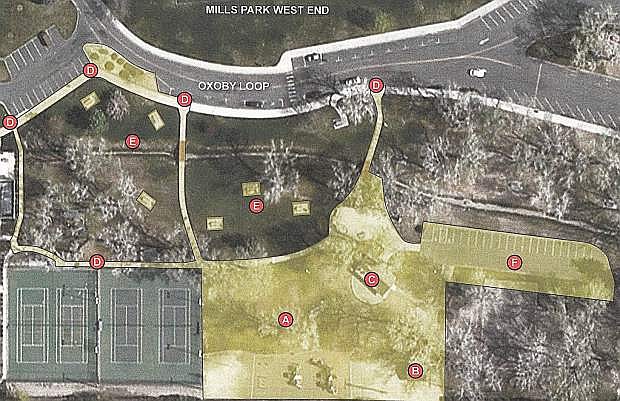 A key to the areas where improvements are proposed to help make the Palo Verde Park and surrounding Mills Park area Americans With Disabilities Act compliant.