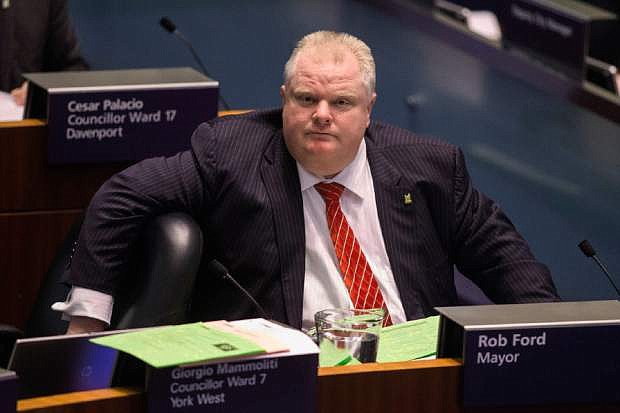 Toronto Mayor Rob Ford attends a council meeting as councillors look to pass motions to limit his powers in Toronto on Monday Nov. 18, 2013. Under the motion, already endorsed by a majority of council members, Ford would in effect become mayor of Canada&#039;s largest city in name only. The council does not have the power to remove Ford from office, barring a criminal conviction. It is pursuing the strongest recourse available after recent revelations that Ford smoked crack cocaine and his repeated outbursts of erratic behavior. Ford has vowed to take the council to court and insists he will seek re-election next year. (AP Photo/The Canadian Press, Chris Young)