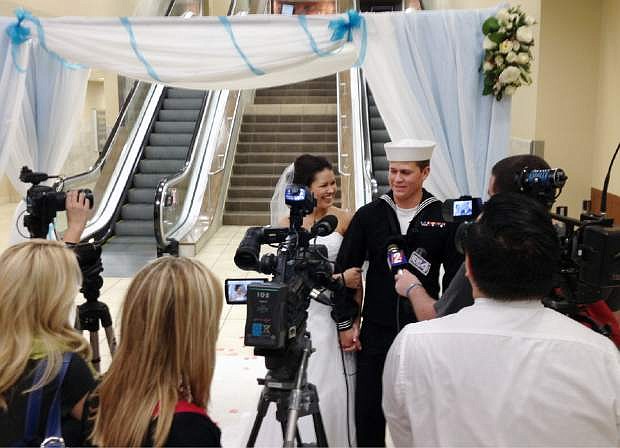 U.S. Navy seaman Dylan Ruffer and his fiancee, Madison Meinhardt, both from Chester, Calif., talk to news reporters Nov. 19 after getting married in front of the arrivals escalators at the Reno-Tahoe International Airport in Reno, Nev.