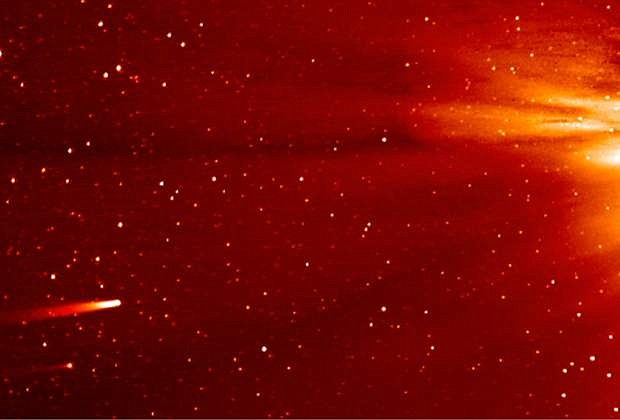 In this frame grab taken from enhanced video made by NASA&#039;s STEREO-A spacecraft, comet ISON, left, approaches the sun on Nov. 25, 2013. Comet Encke is shown just below ISON, The sun is to the right, just outside the frame. ISON, which was discovered a year ago, is making its first spin around the sun and will come the closest to the super-hot solar surface on Thanksgiving Day, Thursday, Nov. 28, 2013, at 1:37 p.m. EST. (AP Photo/NASA)