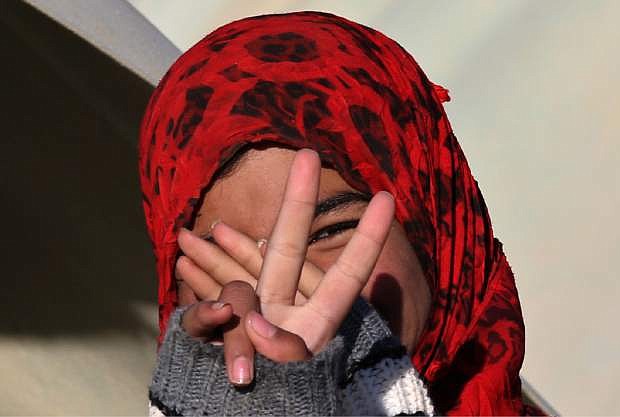 A Syrian girl flashes victory sign at a refugee camp in the eastern Lebanese border town of Arsal, Lebanon, Friday, Nov. 29, 2013. Every morning in northeastern Lebanon, hundreds of Syrian children are picked up from dozens of informal refugee settlements, loaded onto trucks and taken to the fields where they work for six to eight hours, earning up to four dollars a day. The kids are among a growing number of Syrian refugee children in Lebanon and Jordan who are fast becoming primary providers for families who lack resources for basic survival, according to a newly released report by the U.N. refugee agency. (AP Photo/Hussein Malla)