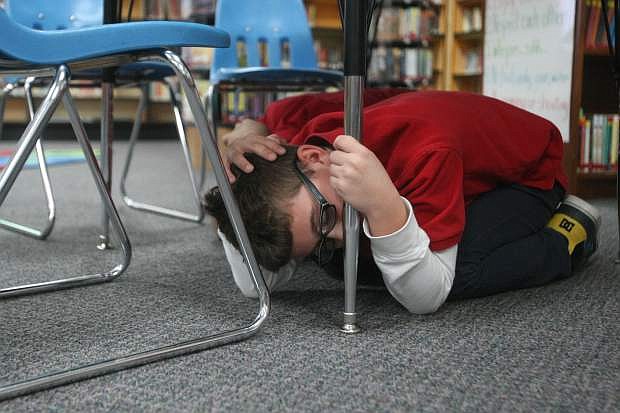 Hayden Breiter covers his head under a table at the Seeliger Elementary School library on Thursday during the earthquake drill.