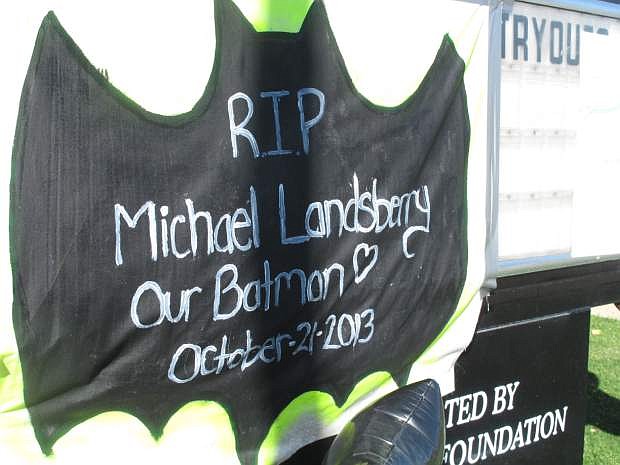 Michael Landsberry&#039;s reputation as a big fan of Batman figures prominently in the makeshift memorial in front of Sparks Middle School Wednesday, Oct. 23, 2013, in Sparks, Nev. Landsberry was killed and two students wounded at teh school before a 12-year-old gunman turned a handgun on himself on Oct. 21, 2013. (AP Photo/Scott Sonner).