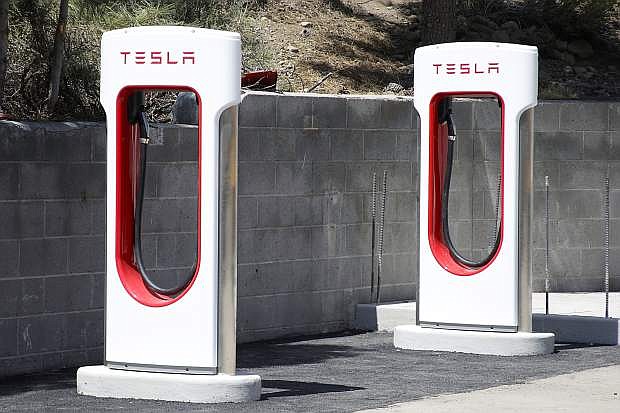 Two of the six Tesla charging stations are seen behind Safeway on Donner Pass Road in Truckee. The Tahoe Regional Planning Agency wants to make upgrades for electric vehicles.