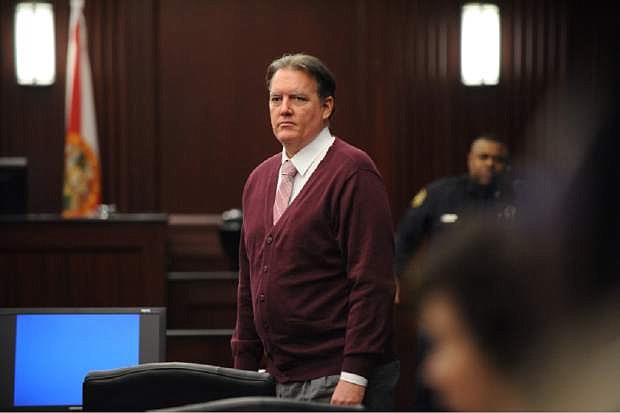 Michael Dunn watches as his family leave the courtroom during a morning break. The third day of the murder trial of Dunn for the shooting death of Jordan Davis opened early Saturday Feb. 8, 2014. The case is being heard in the courtroom of acting Circuit Judge Russell Healey in the Duval County Courthouse in Jacksonville, Fl. (AP Photo/The Florida Times-Union, Bob Mack, Pool)