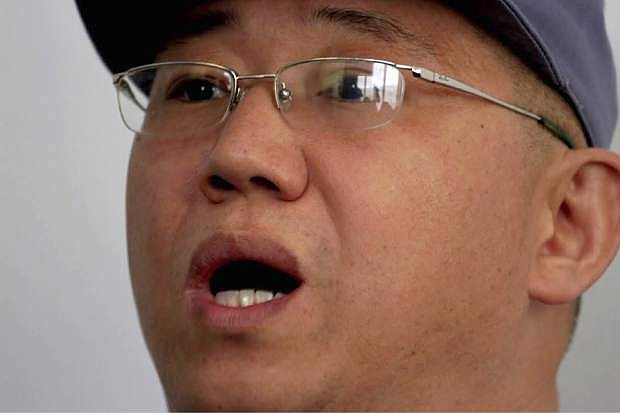 FILE - This Jan. 20, 2014 file photo shows American missionary Kenneth Bae speaking to reporters at Pyongyang Friendship Hospital in Pyongyang. North Korea has canceled for a second time its invitation for a senior U.S. envoy to visit the country to discuss the long-detained American&#039;s possible release, the State Department said Monday, Feb. 10. The cancellation comes only days after Bae told a pro-Pyongyang newspaper that he expected to meet this month with the envoy. (AP Photo/Kim Kwang Hyon, File)