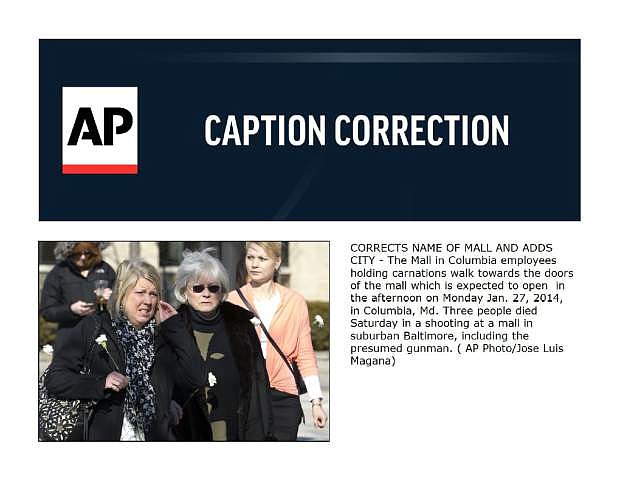 CORRECTS NAME OF MALL AND ADDS CITY - The Mall in Columbia employees holding carnations walk towards the doors of the mall which is expected to open in the afternoon on Monday Jan. 27, 2014, in Columbia, Md. Three people died Saturday in a shooting at a mall in suburban Baltimore, including the presumed gunman. ( AP Photo/Jose Luis Magana)