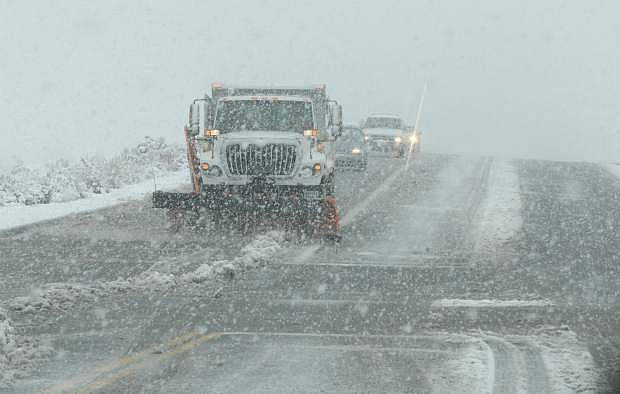 A snowplow works on Goni Road on Thursday morning.