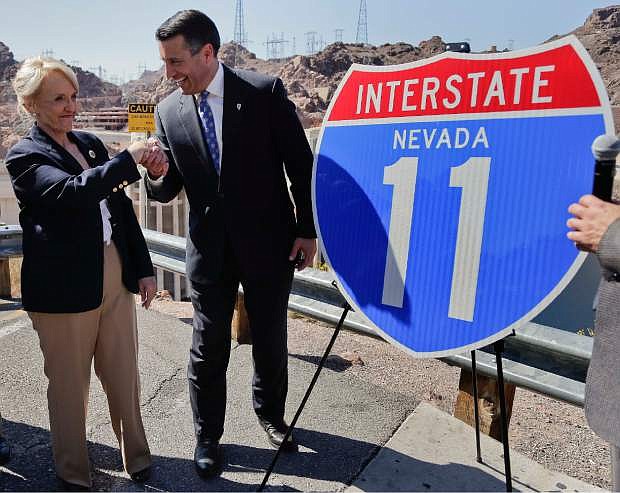 Arizona governor Jan Brewer, left, shakes hands with Nevada governor Brian Sandoval after unveiling a sign for the future Interstate 11, Friday, March 21, 2014, at Hoover Dam, Ariz. The two governors gathered to unveil signs that will be posted along the proposed Interstate 11. It was a symbolic effort meant to keep up momentum on the project, which is coming of age in an era of scarce highway funding. (AP Photo/Julie Jacobson)