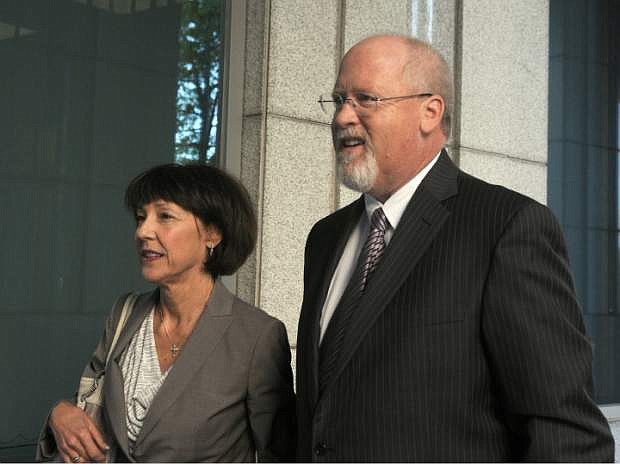 FILE - In this May 14, 2013, file photo, Harvey Whittemore and his wife, Annette, arrive at federal court in Reno for the start of his trial. Whittemore is seeking to overturn his felony conviction and prison sentence for illegal campaign fundraising for U.S. Sen. Harry Reid. Whittemore&#039;s lawyers are asking the 9th U.S. Circuit Court of Appeals to toss out his conviction for funneling nearly $150,000 in illegal contributions to to Sen. Harry Reid&#039;s campaign in 2007. (AP Photo/The Gazette-Journal, Marilyn Newton, File)