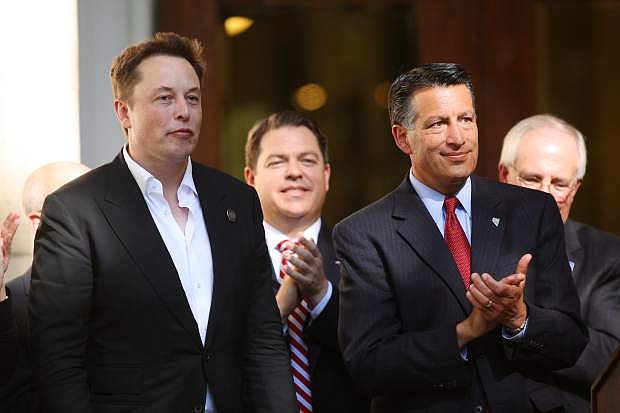 Tesla&#039;s Elon Musk, left, gets a standing ovation from Governor Brian Sandoval and the rest of the crowd at the State Capitol Thursday afternoon.