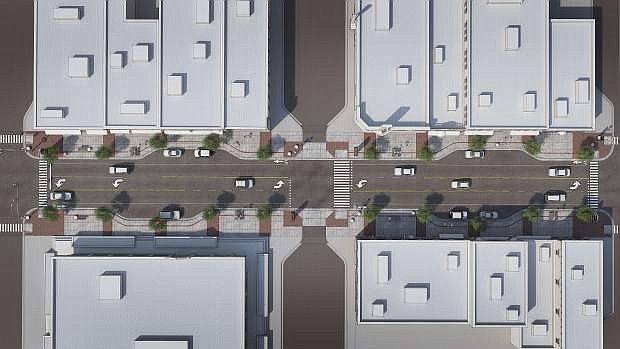 Designs for downtown Carson Street changes to widen sidewalks and move to three vehicle traffic lanes, with one for turning, are set for public review today.